In Dialogue with Movement 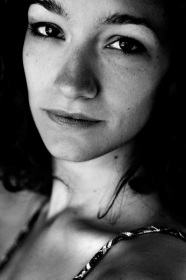 Troy Ogilvie has danced for and collaborated with Andrea Miller, Sidra Bell, Gabriel Forestieri, Idan Sharabi, Shannon Gillen, Margie Gillis, Austin McCormick, Harumi Terayama, Malcolm Low, Caryle Eckert, and Belinda McGuire. In 2011, Troy produced and performed her solo show RESET thanks to a grant from the Duo Multicultural Arts Center and again in 2012 sponsored by Multicultural Sonic Evolution (MuSE). As a member and rehearsal director of Gallim Dance, Troy was an original cast member in numerous productions from 2008-12 and taught master classes at Wesleyan University and Skidmore College. Working with Sidra Bell Dance NY resulted in solo work, Overtures (2009), as well as Chimeras (2008), House Unrest (2009), Revue (2010), and Beautiful Beast: The Other Face (2010). Troy has been a Founding Collaborator and Program Manager of Alexandra Wells' Movement Invention Project since 2009. A native of New Jersey, Troy began dancing with ballet, tap, jazz, and musical theater and graduated from The Juilliard School in 2007.  Other media- Dance Spirit: Dec 2010 “You Should Know: Troy Ogilvie”; Dance Magazine: Jan 2011 “Top 25 to Watch” and Sept 2012 “Why I Dance” by Troy Ogilvie.  www.troyogilvie.com 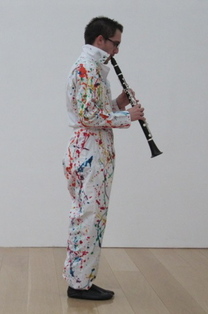 From classical to contemporary performance, from traditional to electronica, clarinetist, composer and electronics enthusiast Carlos Cordeiro performs a wide range of repertoire but has a deep commitment to the music of today. Recent and upcoming projects include a performance of Magnus Lindberg Clarinet Trio “Ljord, stort, ljud” with Magnus Lindberg on piano and cellist Joan Whang in the Santa Fe Chamber Music Festival, “Invisible Score”, “The Surgery Project” collaborating with Keren Rosenbaum, “The Puppet's Tale” by Carlos Cordeiro, a staged version of Ricky Ian Gordon's “Orpheus and Euridice” with Soprano Rachel Kara Peréz and the participation on the Gaudeamus Festival in Amsterdam. Other collaborations include NYPhil Outreach Program, Parias Ensemble, Reform@ Duo and loadbang. In addition to his performing, Carlos is a composer of electronic music and amateur tech developer who works with live and pre-recorded electronics, developing gadgets and software for performance and audience interaction. 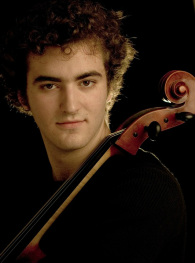 Cellist Paul Dwyer brings to life everything from early music on baroque cello to brand new works by young composers. He has been prize-winner of numerous competitions, and is the recipient of the Javits Fellowship and Presser Award. He has worked with composers such as Saariaho, Hodkinson, Bolcom and Sheng, and has performed chamber music with pianist Menahem Pressler, principal players of Apollo’s Fire, and artist-faculty at the Aspen Music Festival. As a Fulbright Fellow, Paul studied privately with Anner Bylsma and Frances-Marie Uitti in Amsterdam. Paul grew up in Vienna and Munich before attending Oberlin Conservatory and the University of Michigan. He is currently pursuing additional graduate studies in historical performance at The Juilliard School.